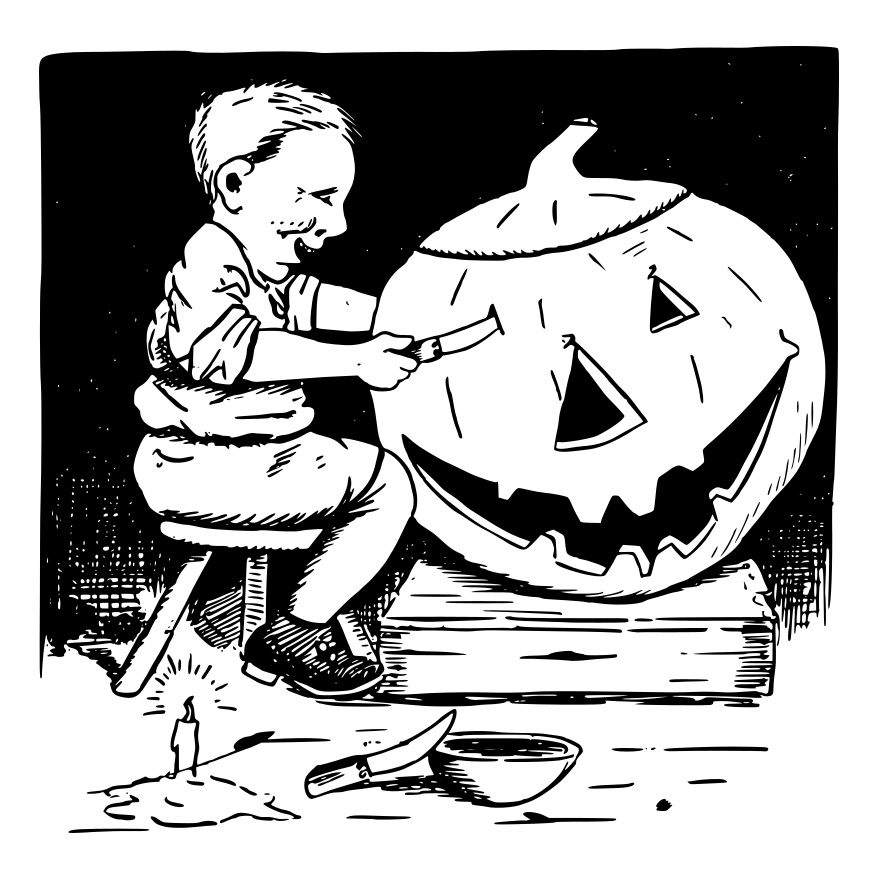 “You can’t squeeze blood from a turnip,” he liked to say when an angry shopkeeper tried to get him to pay for something he had stolen. “You can’t get money from me when I don’t have it.”

Stingy Jack was lazy, but he was also shrewd. He delighted in playing mean tricks on people, and they often fell for his tricks. Two different times, he even tricked the Devil himself! The first time, Jack invited the Devil to have a drink with him. When it came time to pay the bill, Stingy Jack, true to his name, said he had no money, and he convinced the Devil to use his powers to turn himself into a coin that Jack could use to pay for the drinks. Once the bill was paid, Jack said, the Devil could turn himself back into his original form, and everyone would simply think the coin had been stolen—and quarrel over it.

This was just the kind of angry confusion the Devil liked, so he agreed to Jack’s plan. But once the Devil had used his powers to shape-shift into a coin, instead of using it to pay the bill, Jack slipped it into his pocket—next to a silver cross. The Devil was stripped of his powers and couldn’t return to his regular form.

Eventually, Jack freed the Devil—but only after making him promise he would leave him alone for a year, and that when Jack died, he would not claim his soul. 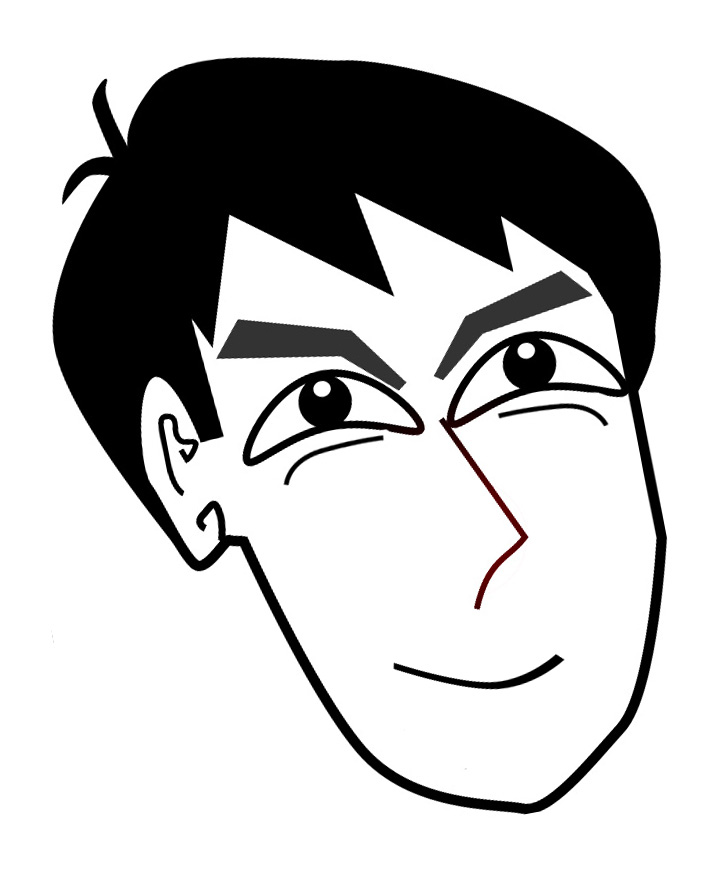 When the year was up, Jack somehow managed to trick the Devil again, convincing him to climb an apple tree for a piece of fruit and then carving a cross into the bark. Not being able to get around the cross, the Devil was once again trapped. Jack let him down from the tree only when the Devil had promised not to bother him for another ten years and renewed his promise not to take Jack’s soul at his death.

Sometime later, Stingy Jack did die, as all living things do. First he made his way to the pearly gates of Heaven, but Heaven wanted nothing to do with him. “In your years on Earth you were nasty and cruel, and you led a miserable, worthless life,” Saint Peter told him. “You’re not welcome here.”

So Jack found his way to the gates of Hell and knocked—but he wasn’t welcome there, either. “You made me promise not to take your soul,” the Devil said. “And I’m keeping my promise.” 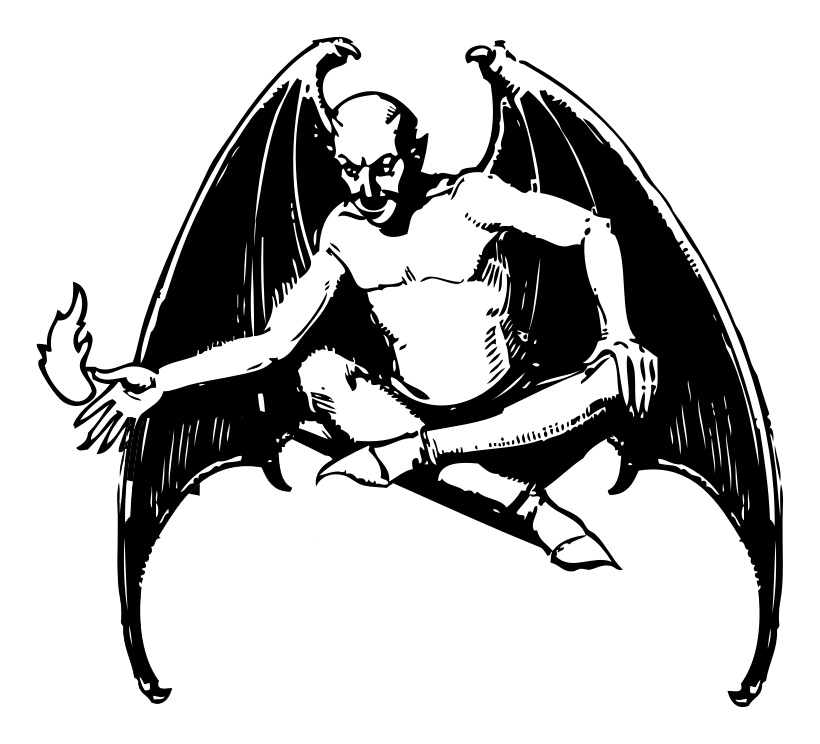 Now Stingy Jack was frightened. Without a place in either Heaven or Hell, he was destined to wander about in the dark Netherworld between the two. “But how shall I see where to go?” he pleaded with the Devil.

The Devil must have felt some mercy for Jack, because he tossed him a burning ember from the flames of Hell to help him light his way.

Jack, as usual, had a turnip with him. He took out his knife, hollowed it out, and placed the ember inside to make a lantern. From that day onward, Stingy Jack roamed the earth trying to find a resting place, carrying the carved-turnip lantern with him to find his way.

Perhaps this story grew out of the frequent sightings of mysterious lights that the ancient Celts used to see bobbing over the Irish bogs at night: they used to say it was Jack out there—Jack of the Lantern, shortened to Jack o’Lantern. 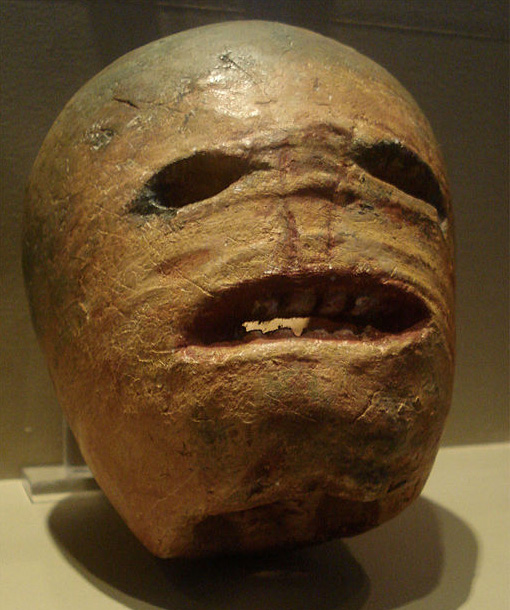 People began to make their own versions of Jack’s lanterns, like this (very creepy!) one preserved from the 19th century, by carving scary faces into turnips, rutabagas, gourds, potatoes and beets. Then they would put lights inside them, just like Jack did, and place them in windows or near doorways to frighten him and other wandering spirits away.

Fast forward several hundred years, when Irish immigrants flooded into the United States, bringing the Jack o’Lantern tradition with them. These new Americans soon discovered that pumpkins, a fruit they had not been familiar with in Ireland, made perfect jack-o-lanterns, as they were larger, softer and easier to carve than turnips and the other root vegetables they had traditionally used. 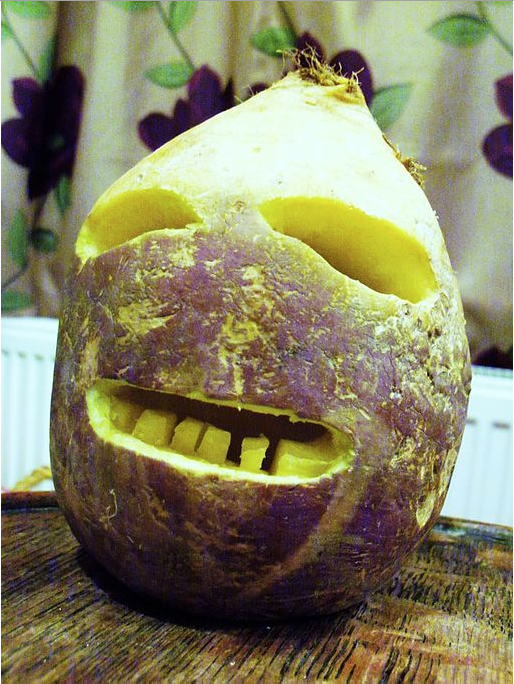 Perhaps you and your kids would like to add a carved turnip to your line-up of jack-o-lanterns this year. Armed with their newly learned history of jack-o-lanterns, they’ll be able to explain what that funny, purplish thing is and impress your friends and neighbors.

By the way–my personal opinion as to why pumpkins are the current go-to source for jack-o-lanterns instead of turnips? Because pumpkins can be made into pumpkin pie! 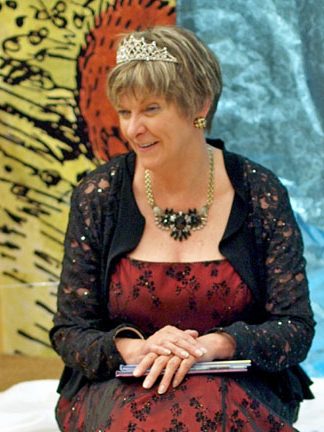 ABOUT THE STORY QUEEN

First, a disclaimer: I’m not a doctor. I’m not a nutritionist. I’m not a chef. I’m not even a mom. What I know about healthy food and healthy eating I’ve learned by reading and doing, just like you.

What I am is a children’s book author. A Story Queen! My area of expertise is FUN. In the last dozen years, I’ve written a number of entertaining, award-winning picture books–about monsters, cats, Disney princesses–and veggies, of all things.

I’m big on imagination. Monsters Don’t Eat Broccoli encourages kids (the way my dad encouraged my siblings and me) to think of broccoli as crunchy, munchy, fun-to-eat trees. Once Upon a Parsnip is a fairytale rematch between Little Red Riding Hood (a vegetarian) and the Big Bad Wolf (NOT a vegetarian). Scary fun!

On the surface, neither of my veggie books is really about healthy eating–they’re just plain fun. But the fun is subversive: both books introduce and normalize the idea of eating healthy, fresh-from-the-garden vegetables. (Never underestimate the power of fun to get your kids to try something new!)

My goal in these pages is to find and share fun ways to introduce fresh fruits and vegetables to children and to normalize healthy foods and healthy eating in their experience. My means is to expose them–through you, their parents and caregivers–to food-friendly books, videos, downloadable and printable posters and coloring pages, hands-on activities and kid-friendly recipes. Anything that equates healthy food and FUN!

I’m here for you–to help you make healthy eating feel as natural to your children as breathing.

Because healthy food and healthy fun make healthy kids. And that’s something all of us can get behind.

To purchase signed, personalized copies of my picture books, visit the “Books” page on my website.  To contact me about my well regarded young author presentations for schools, or for other enquiries, send an email from the “Contact” page at barbarajeanhicks.com. I look forward to hearing from you!