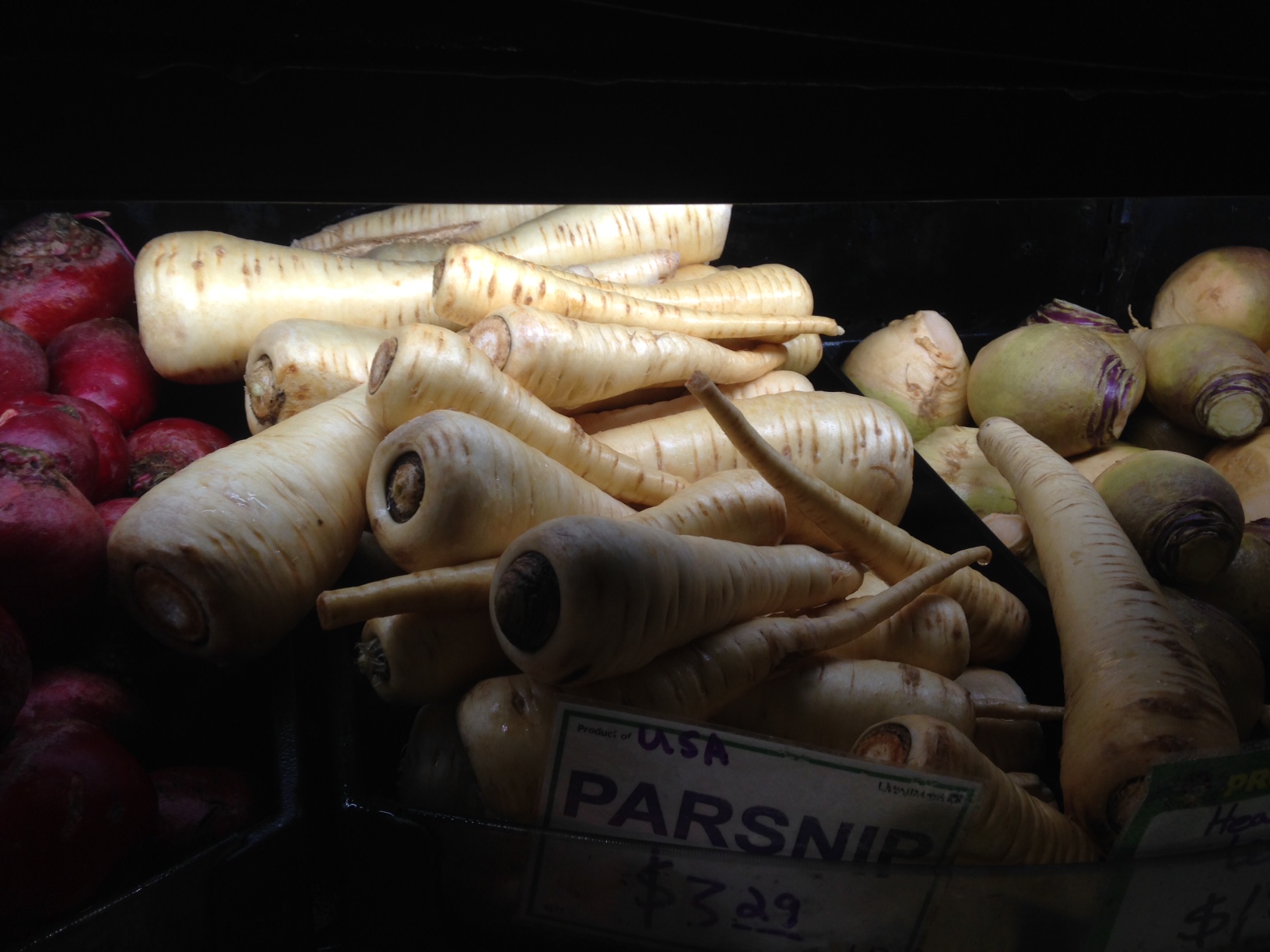 Parsnips are a recent discovery for me–and only because I published a picture book in 2016 called Once Upon a Parsnip! When I wrote the story, it was just the word I liked, and the way it rolled off the tongue with “Once Upon a…” I had never actually eaten a parsnip until a friend cooked up a batch of apple-parsnip soup and served it at a luncheon. De-lish! (The recipe is included in Once Upon a Parsnip.) After the manuscript became an actual book I could hold in my hands, I decided I needed to learn a little more about this par-snippety root vegetable.